Most Quakers are pacifists. Many Friends have refused to fight in wars and we also work to resolve all kinds of conflicts, both locally and internationally 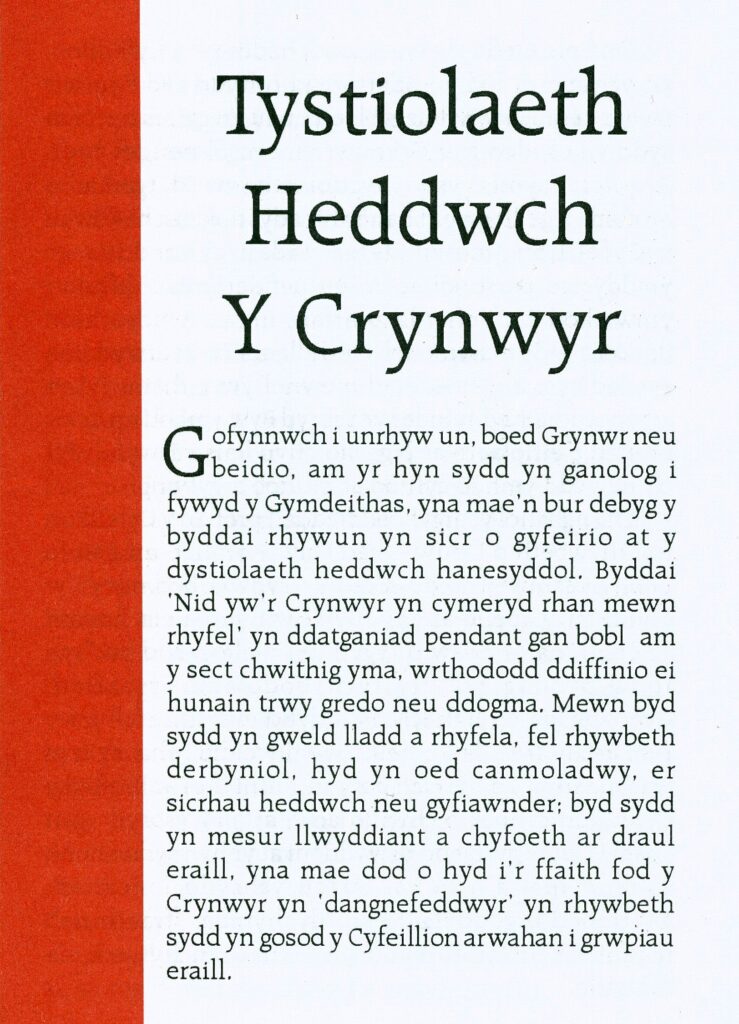 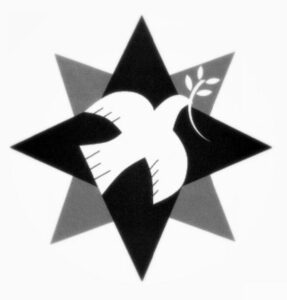 Many Friends in Wales are active in peace and peace education, and you can read more about the experiences of two Friends here.

Donald Saunders, a Friend from Colwyn Bay Quaker meeting in North Wales, shares his experience of being a conscientious objector during World War Two:

This article was originally published on the Northern Friends Peace Board webiste. Donald has kindly agreed for us to reproduce the articlehere.

A pacifist’s experience of WW2 and some reflections by Donald Saunders, Colwyn Bay

This is one of a series of pieces written by members and staff from NFPB, reflecting on how the second world war shaped them, their families, and thinking and action for peace

I was almost 15 years old when the war commenced in 1939, still at school – a Quaker boarding school – Ackworth. My parents had been pacifists in WW1, my father spending over three years hard labour in prison as a Conscientious Objector and mother having a hard time, insulted and even spat on for being his fiancé. Because Quakers had given them much help during these hard times, after the war they attended and then joined the Society of Friends. My brother, born 1920, also a WW2 CO, was the first born, followed four years later myself. We were both brought up as birthright Friends.

The peace issue, whilst we were children, was one in which my parents were strongly involved. I was influenced by my parent’s expressed views from an early age. My early memories were of our support of relief action during the Spanish civil war and later, away at school, greeting a large number of German Jewish Kinder-transport children in 1938 who had been financed and were being given free education at Quaker schools.

It happened to be Christmas holidays at home in 1940-41, and living near Manchester, our family experienced the heaviest bombing blitzes, sleeping most nights under the stairs for safety. Going into the city early morning after a heavy raid to collect items for my father’s music business, I remember seeing and walking through the rubble, thinking how insane war is, and that no way could i give support to it with the possibility of doing this to other people.

When I reached 18 years of age I had developed strong pacifist views and registered as a conscientious objector (CO). I appeared before the CO tribunal early in 1943 and made a statement opposing the principle of conscription and requesting unconditional exemption. I was given conditional exemption, but this did not include working in the Friends Relief Service (FRS) which I had decided to join because of their excellent work giving relief to civilian war victims who had been made homeless by the bombing all around the country.

Over 80 establishments throughout the country had been set up by FRS to cater for homeless elderly people and mothers and children for whom insufficient national provision had been made. I was allocated to the group responsible for maintenance. I was not complying with the conditions imposed and was eligible for summons and likely imprisonment. However, because of the system used through labour exchanges then, I never received the summons because of continual travel required for work throughout the south of England, staying at different addresses.

Whilst working in London I had several interesting experiences with ‘doodlebugs’ which were coming over regularly then. The firebombing of German civilians e.g. Dresden in 1945, was an element of war I was strongly opposing in the later years of the war.

I am asked “What was the approach people made to you as a CO during the war?” An interesting observation was that whilst most of the negative criticism was from people who were working in reserved jobs, when I met young soldiers stationed in our home town their comments were – “I wish I had the courage to do what you have done”- interesting.

My views against war have not weakened over the many years since my war experiences. As wars continue to be waged by our country, having been involved continually over the 75 years throughout the world. I find it incredible that we have not learned a lesson that war is not only immoral, destructive and wasteful but is unsuccessful in achieving peace and even encourages further war. Since before 1939 I have been opposed to war and the use of violence to solve conflict, I have talked and written opposing it and will continue as long as I can. The foundation of my beliefs have been Quaker principles expressed throughout it’s existence and I have never found any reason to doubt them.

Donald talks about his experiences

– in this Fellowship of Reconciliation video

– and in this one recorded for the BBC

Leigh Munton, a Friend from Machynlleth meeting, shares her experience of coordinating the Peaceful Schools Project in Mid Wales:

The mid-Wales Peaceful Schools Project is an initiative of Mid-Wales Area Quaker Meeting. It arose as a response to the culture of violence and hostility witnessed in our society, expressed as bullying in our schools and on our streets, and out of a particular concern over the increasing militarization of schools whereby the armed forces can be invited in to give talks to children, sometimes in primary school.

Our aim is to offer skills to children that we hope will foster a more peaceful atmosphere in schools where they treat each other with respect, work co-operatively, and resolve problems constructively. We start with the individual and work outwards – how do I feel peaceful and what does peace mean to me; feeling OK about ourselves; understanding and managing our own anger; understanding other people’s anger and aggression; introducing the ideas of basic conflict resolution, and then expanding outwards to think about what happens when entire countries fall out and who might be affected, for example refugees.

Much of the work is done with circle time, plus some work in small groups using a mixture of talking, sharing, role play, stories and games, working as volunteers with the class teacher present and participating in the activities. We usually start the sessions with a few moments of silence and mindful breathing which is generally well received.

At the end of a programme we ask for feedback from teachers and children, and from this we know that the work we do, although a minor input in the school week, is impacting on other areas of school life, both because teachers pick up on some of the exercises and because the children refer back to it.

The programme is offered free to primary schools from years 3-6 across north Powys (Montgomeryshire), north Ceredigion and into south Gwynedd.

You can find out more about the Mid Wales Peace Education programme on their website https://www.addysgheddpeaceedu.org.uk/index.html